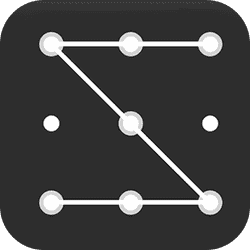 Smartphone Cracker is a logic game for training memory and mindfulness on the theme of solving the graphic key of a smartphone. The game has 3 difficulty modes. In Easy mode the hint with already solved key elements is always available on the screen. In Medium mode the hint with already solved key elements appears on the screen and gradually disappears. Graphic code in hard mode unlike the medium mode is changed after failed 10 attempts. You can use the periodically appearing hint regardless of the difficulty mode to get starting point or an unopened element of the key. You can get stars depending on attempts: * 10 or less attempts - three stars; * 11-20 attempts - two stars; * more than 20 attempts - one star.